More than a hundred people gathered on a cold, wet Highland spring afternoon to learn about the Nigg cross-slab conservation work and to see the new display system. This marked the culmination of work by the Nigg Old Trust carried out tirelessly since 1991. The Trust is very grateful to the Heritage Lottery Fund and the Scottish Government and European Community Highland LEADER 2007-2013 Programme for their funding of this important work. 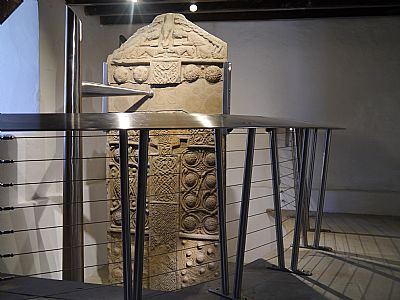 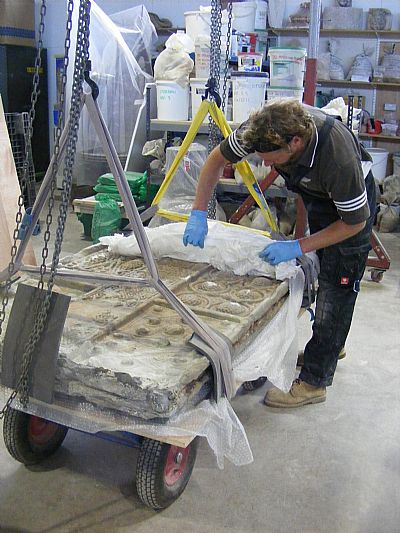 The project has been overseen by architect, Martin Hadlington, and by stone conservator, Graciela Ainsworth. Martin re-designed the display area, including the magnificient stainless steel support for the cross-slab and the surrounding handrail, which were built by skilled blacksmiths, with whom he has worked on many previous occasions. The new supports are fastened solely to the modern section that replaces an area lost during fragmentation of the stone in the nineteenth century. It is a technique that looks attractive, 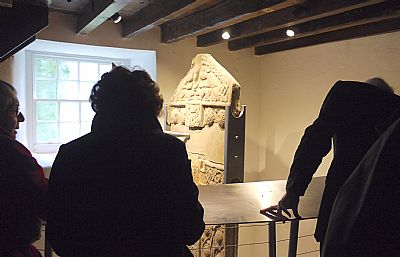 but most importantly means that there is no risk of damage to the monument. 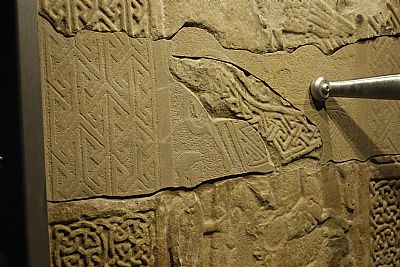 Graciela Ainsworth and her team in Edinburgh were responsible for the conservation of the cross-slab. They repaired the holes in the stone where the previous metal supports had been inserted and splits within the stone that were close to splitting it. 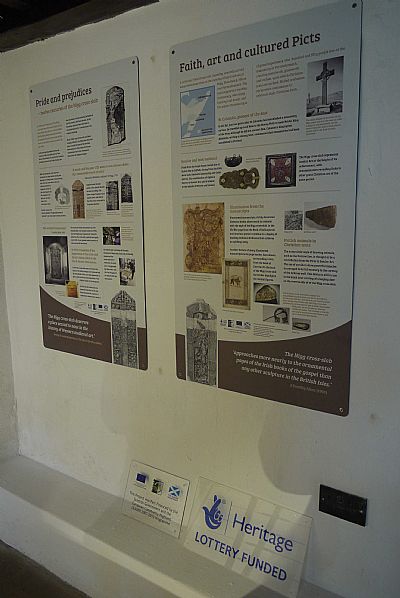 Excitingly, the fragment of the cross-slab that was found in the burn below the church in 1998 was re-inserted (see image left).

The cross-slab is now exhibited under much better lighting, which allows the full detail of the monument to be seen much more clearly. There are also new interpretive panels, written by Caroline Vawdrey and David Alston and designed by Iain Sarjeant, with etched interpretation for the handrail still to look forward to.

An added bonus to to the re-design of the cross-slab support system is that visitors can now go into the poor loft above, again lighting is being used to great effect, and an interpretive panel provides the story.